Home Another day Back in New England

Back in New England

I was actually too
tired to write last night. We’re both feeling a lot more active today, so here’s
a few highlights.

On the way down, our plane came in a half hour
late and after they boarded everybody, I noticed they stopped loading luggage.
Mmmm? Turns out they couldn’t fuel the plane because the “gas cap” was stuck. An
aircraft mechanic couldn’t resolve it, so it was out with the luggage and the
passengers. Time to change planes folks. And that’s why we reached our
destination two hours late. Fortunately that was the only travel hiccup.

In the beginning of the week I got a little worried about the
roofers since I thought they’d be there Monday or Tuesday AM. Nobody showed and
my calls were initially not returned. Turns out they were calling the home # up
north. So, Wednesday it was. Apart from a few pieces of lumber they had to go
pick up and bit of supervision needed about an issue I noted; the whole thing
went like clockwork. It’s fascinating to see how fast these guys work. Hammer or
gun, they’re nailing those shingles in place really fast. In one workday: old
roof gone, new one installed.

Luck was on my side Thursday &
Friday windsurfing wise as it’s not often you get two windsurf-able days in a
row in central Florida. Funny how a breeze can capture your heart and make you
itch to get out on the water. You hear the trees, feel the wind in your face,
peek at the water surface – Yes, plenty of white caps! – and are just drawn to
the water. That little voice inside says: Drop whatever you’re doing and grab
that gear ;) So I did :) C shot some great images with my camera (first time she
used it) for me. Thank you darling! I love
you! 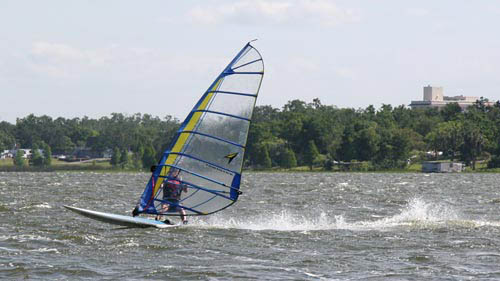 Zipping
across the lake 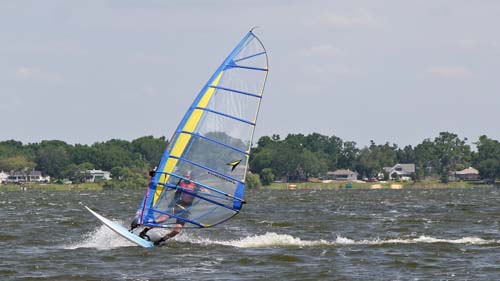 Leaning
into the turn 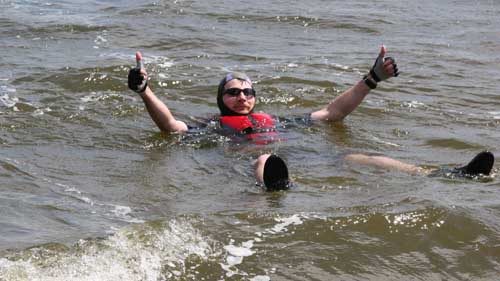 Floating
near shore, exhausted but so happy 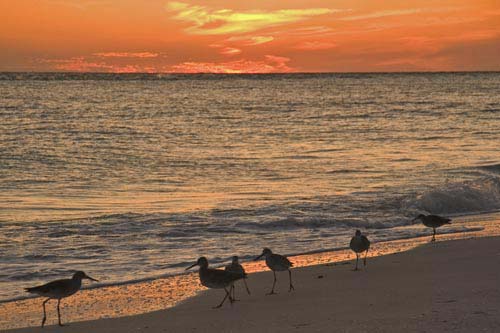