I have been waiting for the mythical midrange mac for so long – namely since the G4 Cube was shelved and Apple went with Intel – that I finally bit the bullet and purchased a Mac mini 2009. 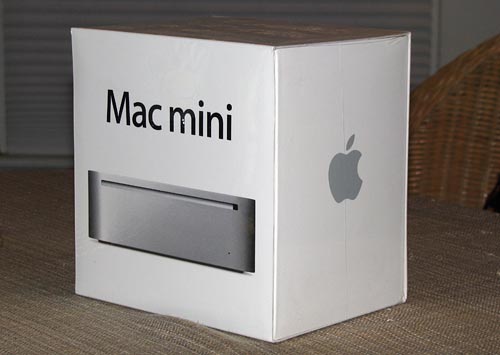 Of course this probably means we will see Apple release such a mid-range machine in the next few months. Which would be the third, or is it the fourth?, time an Apple product we buy is significantly upgraded or replaced by a new model a few weeks later. C’est la vie. I know, you just can’t time Apple for some things.

So, why the Mac mini? Well, it is very simple. There are three things I like in computers: horsepower, silence & a sense of value; and one thing I absolutely hate: glossy screens.

The latter immediately rules out the glossy iMirror, I mean iMac. If it were matte, I could be convinced about the all-in-one factor. Glossy MacBook & MacBook Pro = no thank you. We have two glossy portables (one of which a MacBook and the screen is really sub-par) and I see no need to buy another. The Mac Pro certainly has the horsepower, but $3000 for another behemoth like the G5? I would have to be mad.

If Apple had a new Cube or a one third or quarter size Mac Pro, with Core i7 CPUs (instead of those $$$ Xeons), somewhere in the $1000 – $1250 range, I would order one instantly. Unfortunately the new Cube is still a pipe dream, so, there is only one machine  left: the mini. With the 2009 revision it includes dual monitor support and after some evaluation, I figured the time was right to simultaneously downsize (in size) and upgrade (in cpu). I decided on the base Mac mini with 2.26 GHz CPU and will do the upgrades myself. 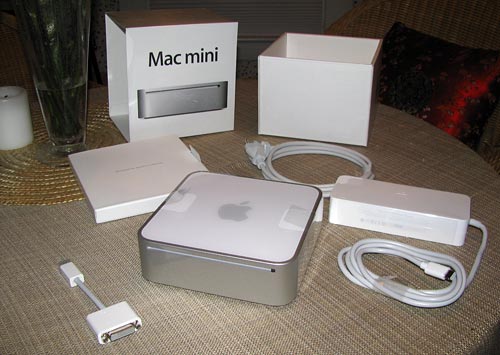 During the un-boxing I found it funny how I kept thinking there should be something more in the box, like a mouse or a keyboard. Pretty much any new computer I have purchased or set-up for someone else ( apart from self-build ) came with a new keyboard & mouse; so it felt like the mini was lacking those. No luck fitting them into the mini’s box, I guess ;)

Only a mini DVI to DVI adapter is included, so if you have a VGA monitor, or something else, you will need an additional adapter as well as the keyboard, mouse and monitor.

I was somewhat surprised by the huge power brick. It is hefty, but fortunately smaller than that of a Cube.

Here is the port configuration in the back: including FireWire 800 and mini DisplayPort. While I didn’t like Apple’s decision to use mini DisplayPort on their MacBook & MacBook Pro, I am happy it is added on the mini besides the DVI port, so it is dual monitor capable. 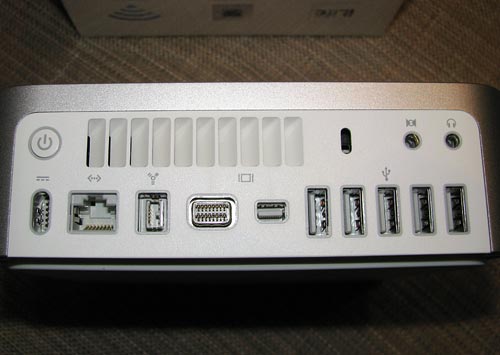 I know some people are interested in the Mac mini 2.26 GHz benchmarks and I will post those next. Default as well as upgraded with more RAM and later with a 7200 rpm drive.